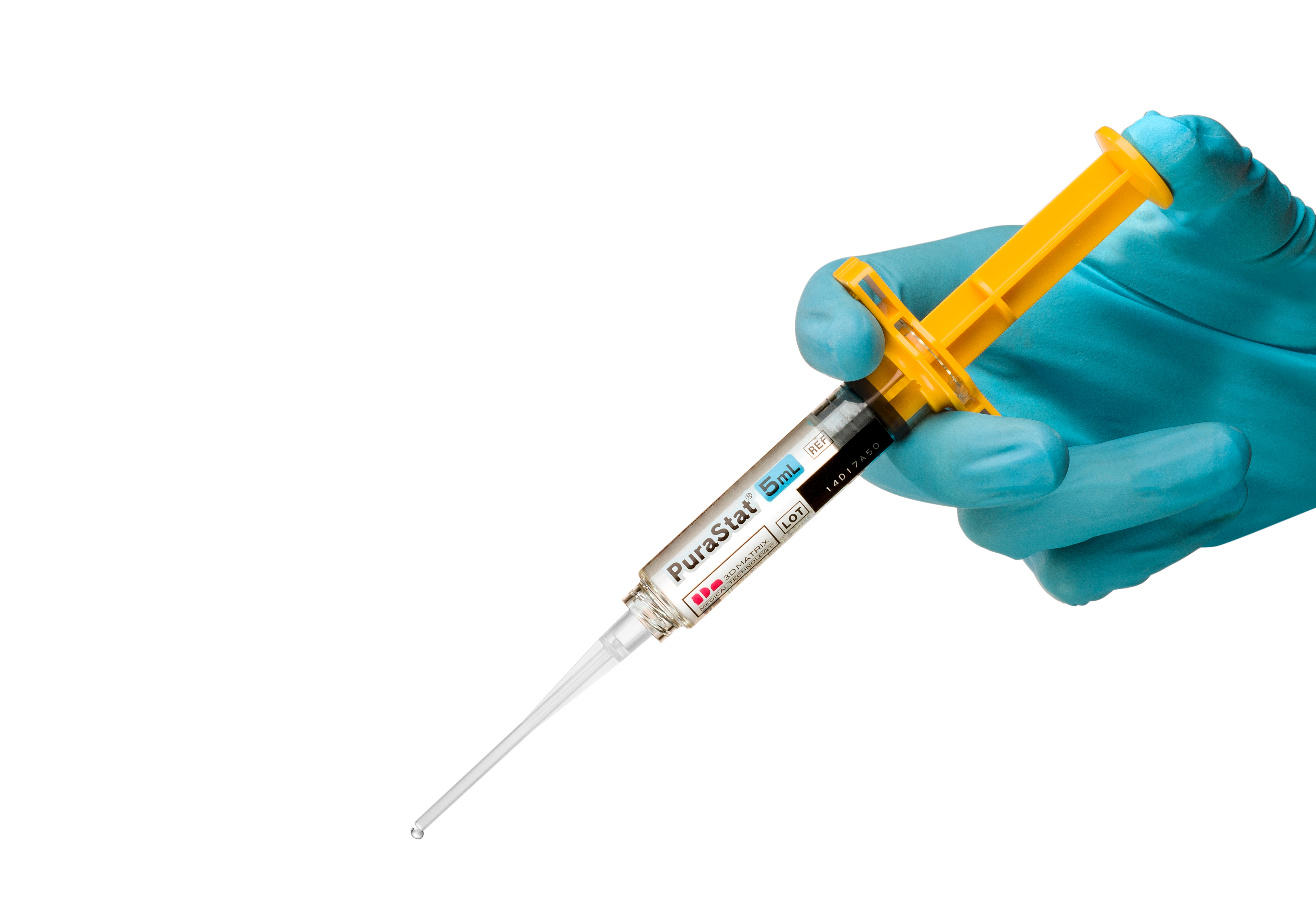 PuraStat: The Impact on Patient Care Now and the Future

Prof Helmut Neumann initiated the session with the introduction of PuraStat and explained its role in GI endoscopy: highlighting the product’s ease of use, ability to quickly achieve haemostasis and the potential property of tissue regeneration. He showed video cases of PuraStat’s success in managing bleeding points, particularly in a colorectal cancer case, at the opening of the PEG tube where it was difficult to use other haemostatic modalities and during sphincterotomy when it was not possible to stop bleeding with haemostatic clips.

Dr Roberta Maselli (Humanitas Research Hospital, Italy) followed, presenting clinical data backing the use of PuraStat to manage intraprocedural bleeding during resection and its use as a prevention of delayed bleeding. She focused on the transparent nature of PuraStat, allowing the continuation of the procedure after application, its fast-acting properties and no technical issues while using it. She concluded by inviting healthcare professionals in the audience who were interested in PuraStat to join the EU registry and be part of the prospective observational PuraStat study (POPS).

Dr Christian Bojarski (Charité Universitätsmedizin Berlin, Germany) presented his clinical observations from his latest multicentre clinical study, emphasising that PuraStat “significantly expands (their) therapeutic toolbox”. Throughout his study, he found that the product was very easy to use, safe and effective in primary and secondary haemostasis. What he found most valuable was that it did not clog the catheter. He shared that he used 3 mL of PuraStat most frequently and felt that PuraStat could be “the bridge to surgery” if required.

The webinar finished with Dr Sharmila Subramaniam (Portsmouth Hospital, UK) presenting the clinical findings from the UK POPS data, with specific focus on high-risk patients. Based on the study so far, they discovered that patients who underwent gastric endoscopic submucosal dissection (ESD) had no delayed bleeding after application of PuraStat. This significant finding could be a game-changer for PuraStat in the gastrointestinal market.

Overall, the event was a huge success with GI experts joining across the world and participating in a lively discussion. The webinar generated many inquiries and trial interests that the Commercial Team is now promptly following up. This was a great opportunity for the company to continue to expand the number of PuraStat users in the market.

New animal data with PuraStat, a haemostatic absorbable hydrogel, is now available in the...
Read More

Controlled Trial to Evaluate the Efficacy of PuraStat in Reducing  Delayed Bleeding (in high-risk patients) After Colonic Endoscopic Submucosal Dissection Has Started in France.